1.  TAKE NOTICE that the exercise of a class action was authorized on November 9th, 2016, by Justice Suzanne Courchesne of the Superior Court, on behalf of persons in the group described below, namely:

All individuals who have undergone treatment consisting of lumbar stretching / traction and / or neuro-vertebral decompression using the Axiom DRX9000 device through chiropractors practicing in one of the Cliniques Zéro Gravité S.E.N.C. establishments, as of May 5th, 2010.

2.  The main issues of fact or law to be dealt with collectively are as follows:

a) Is the neuro-vertebral decompression treatment using the Axiom DRX9000 device associated with scientifically established benefits?

b) If not, did the Respondents commit any fault towards the members of the Group by offering them such treatment?

c) Did the Respondents use false, misleading and deceptive advertising about the effectiveness of the neuro-vertebral decompression treatment and did they implicitly guarantee the results associated with it to the members of the Group?

d) Are members of the Group entitled to reimbursement of expenses charged for the neuro-vertebral decompression treatment administered by the Respondents?

e) Did the Respondents cause damage(s) to the members of the Group and, if so, what is the value of the damage(s)?

f) Have the Respondents unlawfully and intentionally infringed the fundamental rights of the members of the Group and, if so, are the latter entitled to punitive damages?

Subject to the right of each member of the Group to adduce, on an individual basis, at the time of the assessment of the quantum, evidence of a particular greater harm, including by reason of the aggravation of their condition;
ORDER the Respondents to pay interest on the said sums plus the additional indemnity provided for by the Civil Code of Québec from the time of the assignment;

THE WHOLE with costs, including all costs of expertise and notices to be incurred in connection with this proceeding.

4. The status of representative for the exercise of the class action was awarded to Stéphanie Baulne. The class action will be exercised in the judicial district of Montreal and one can contact the attorneys of Mrs. Baulne at the coordinates that are found at the end of this notice;

5.  Any member of the Group, who shall not exclude themselves in the manner indicated hereafter, shall be bound by any judgment intervening in the class action;

6. The members of the Group have a period of two (2) months from the publication of this notice to exclude themselves from the collective action, therefore until March 8th, 2017. Thereafter, a member of the group shall no longer be excluded, except on special leave granted by the Court;

7.  A member who has not already filed an individual lawsuit may opt out of the Group by notifying the Clerk of the Superior Court of the District of Montreal by registered or certified mail at 1, Notre-Dame Street East, Office 1.120, Montreal, Quebec, H2Y 1B6 before the expiry of the exclusion period set out in the preceding paragraph;

8.  Any member of the Group who has filed an individual lawsuit that would otherwise be disposed of by the final judgment on the collective action shall be deemed to be excluded from the Group if they do not withdraw their individual lawsuit before the expiry of the exclusion period;

9. Any member of the Group shall have the right to make an application to intervene directly in the class action;

11. A member of the Group other than a representative or an intervenor may not be called upon to pay the costs of the collective action;

12. The documents relating to the collective action may be consulted online on the Central Registry of Collective Actions website maintained by the Superior Court of Quebec at the following address: 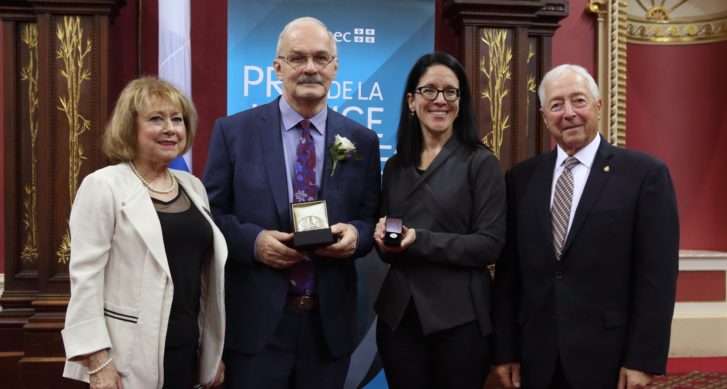 On November 9th, 2016, the Honorable Suzanne Courchesne, JCS, authorized a class action against 13 chiropractors and their insurers in connection with the services that were provided in Zero Gravity clinics, as of May 5th 2010.

On December 12th, 2018, Justice Clément Samson of the Superior Court rendered judgment to ratify the Settlement Agreement reached between...

Letter from Me Jean-Pierre Ménard to Minister McCann

Dated April 3rd, 2020, a letter from Me Jean-Pierre Ménard, partner of the firm Ménard, Martin Avocats, was sent to...